U.S. Treasuries continued to be sold, and the U.S. housing market cooled.

The 2-year U.S. Treasury bond has surpassed the 10-year yield, showing a clear inversion, which is often a precursor to a recession. In the U.S. real estate market, mortgage interest rates have continued to climb close to 7%, hitting a 20-year high, causing the U.S. home purchase and refinancing loan application index to fall back to the lowest level since 1997, and signs of cooling in U.S. real estate continue to emerge.

Judging from the exchange rate of the offshore RMB against the US dollar, it approached the 7.28 mark after the opening on the 20th, and then rebounded, and the rebound rate increased in the afternoon. Previously, it fell more than 400 points on the 19th and refreshed the lowest point of 7.2675 intraday on September 28.

The U.S. dollar index is weighted against the U.S. dollar by 6 currencies - EUR, JPY, GBP, CAD, SEK and CHF to calculate the performance of the greenback.

Behind the rise of the US dollar index is the continuous rise in the interest rate of the Federal Reserve. At present, the medium and long-term US dollar interest rate has reached 4.1% in an all-round way. As the "anchor of global asset pricing", the yield on the 10-year US Treasury bond rose again on the 19th, breaking through 4.1%, hitting a new high since July 2008. The U.S. 30-year long-term bond yield hit 4.15%, another nine-year high. The two-year yield, which is more sensitive to monetary policy, rose to a 15-year high of 4.556%.

Regarding the US dollar interest rate, Minneapolis Fed President Neel Kashkari said on the 19th that although the overall price increase may have reached a high point, underlying inflation pressure may not have peaked. The remarks further added fuel to the market's fire. A day earlier, he had noted that the Fed may need to raise its key interest rate above 4.75% if underlying inflation does not stop rising. 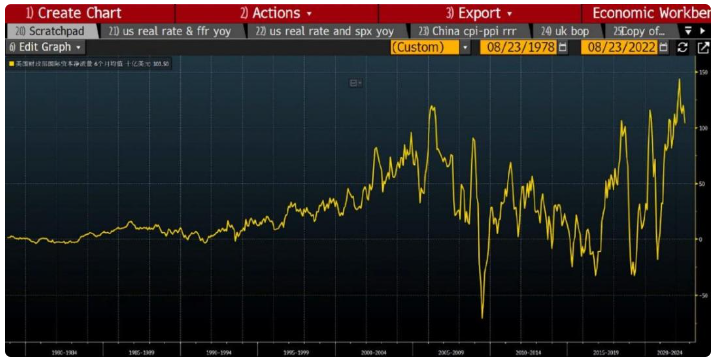 Amid the sharp monetary tightening in the United States, economic demand has shrunk. Multiple indicators show that U.S. imports plunged 12.4% year-on-year in September, the largest drop in nearly two years, while the American Retailers Association expects imports in October to drop by 9.4% year-on-year. Ratings agency Fitch Ratings forecasts that the U.S. will slip into a recession next spring, but consumer finances remain strong and will cushion the blow.

On the 19th, the Beige Book released by the Federal Reserve said that amid growing concerns about weakening demand, respondents became more pessimistic about the outlook for the U.S. economy; the U.S. labor market showed signs of slowing, but remained tight, Wage upward pressure remains. 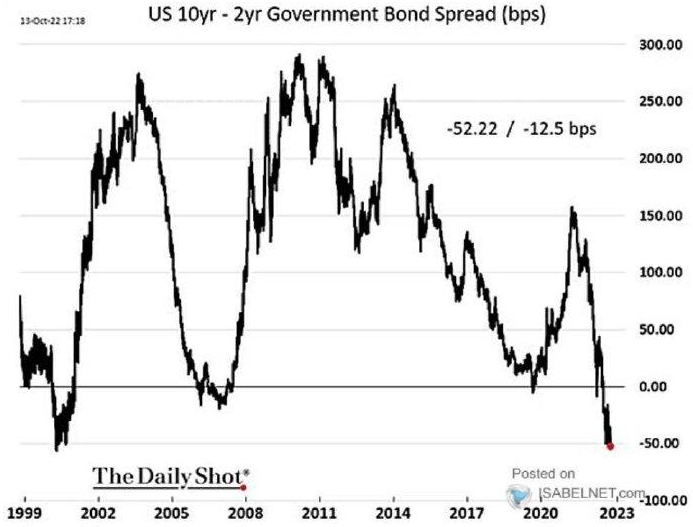 In terms of financial indicators, the term inversion phenomenon with high market attention has already appeared. The 2-year U.S. bond has exceeded the 10-year yield, reaching 45 basis points, while the 3-month and 10-year U.S. Treasury bonds have Yields have also been inverted for a while. These are usually precursor indicators of a recession in the United States over the years, and the greater the inversion, the greater the chance of a recession. 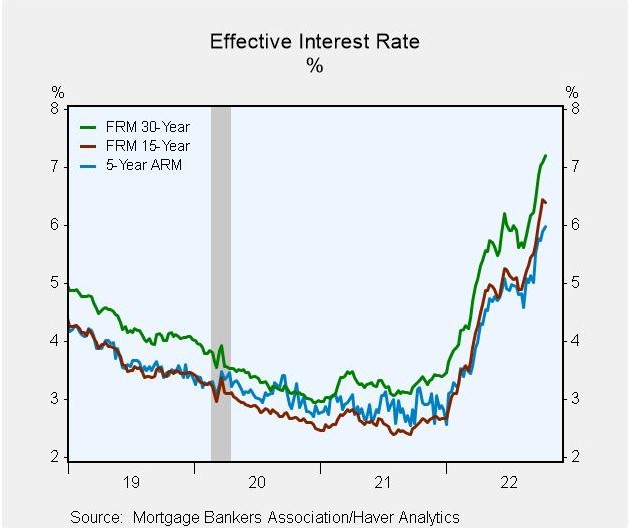 In the U.S. real estate market, mortgage interest rates have been climbing close to 7%, a 20-year high, pushing the housing market to cool. According to data from the American Mortgage Bankers Association (MBA) on the 19th, the contract rate of 30-year fixed-rate mortgages in the United States climbed again in the week ended October 14, rising 13 basis points to 6.94%, the ninth consecutive week. rose to the highest level since 2002. The index of home-purchase and refinancing loan applications fell 4.5% last week, the ninth drop in 10 weeks, and fell back to its lowest level since 1997, as lending rates continued to climb.