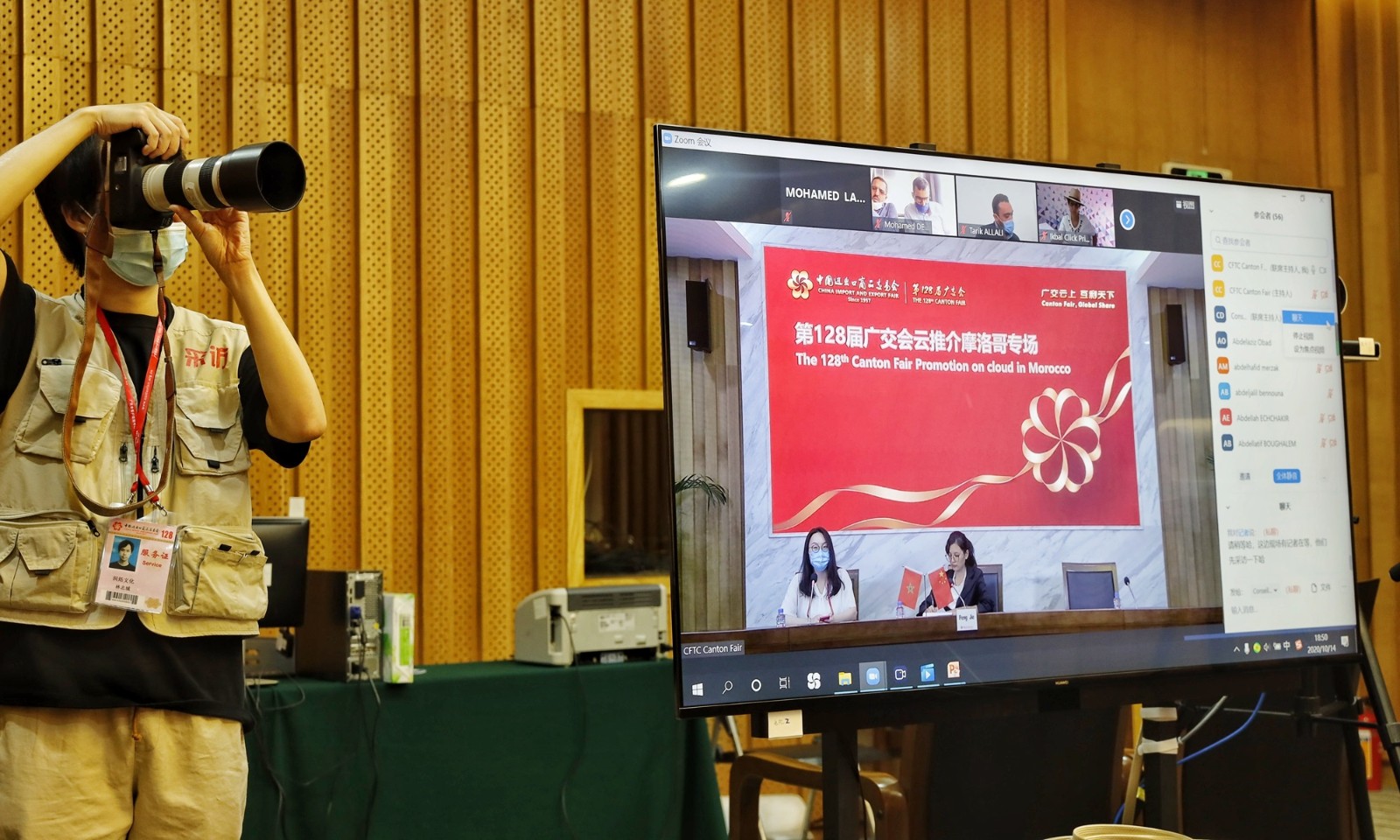 Indeed, this is "ground zero" for the Canton Fair, one of the world's largest trade shows.

On the day Chinese President Xi Jinping wrapped up his inspection tour to Guangdong, the Canton Fair kicked off in the pioneering province and manufacturing base, demonstrating the vibrant rhythm of the world's factory.

Since the COVID-19 outbreak hit the world, disrupted international travel and restricted face-to-face meetings, many important trade shows and business summits were postponed or even canceled, but China has managed to keep the Canton Fair - formally known as the China Import and Export Fair - alive by moving it online.

The 128th session of the Canton Fair, which kicked off on Thursday, still managed to draw roughly the same attendance numbers recorded in the spring session held in June. Exhibitors had uploaded a total of 2.35 million items to online showrooms, of which 700,000 were new products.

For many, the continuation of the trade fair bears special significance.

"Looking at the perspective of the world economy, last year was already a bad year. This year, with the COVID-19 pandemic, everyone has suffered," said Karim Trachen, director of Moroccan company EASYDIS. "It's a businessman's job to try to pull the economy back up again. So, I will buy more and I think that's what consumers want to see."

"I'll purchase more because I have more time to see more products online," Trachen told the Global Times on Thursday, saying that his company will buy more smartphones and consumer electronic products.

Such spirit is sorely needed at a time of global economic woes, the worst crisis since the Great Depression.

In its latest World Economic Outlook report, the IMF on Tuesday projected that the global economy will contract by 4.4 percent in 2020, with losses estimated at $11 trillion over the 2020-21 period.

Although the forecast is 0.8 percentage points above its June forecast, the lingering prospect of a second-wave coronavirus strike in the coming winter and the absence of effective vaccines further weigh down the global economy and trade.

However, some exporters attending the Canton Fair see the current landscape with hopeful eyes.